That’s just one of the many, slightly odd, things he has to think about as part of his role.

His job is to prepare meals for all members of the cycling team, as they compete at major events such as the Tour de France.

So much thought goes into what the athletes eat and it varies depending on what role the individual cyclist has within the team.

One thing is for certain, a lot of food needs to be consumed to make sure the riders are fit and ready to compete at the very top level.

“It’s about the volume of what they eat at each mealtime,” James tells Elisa Roche in this episode of the Career Conversations podcast series. “Each meal would probably equate to around six or seven meals.”

The INEOS Grenadiers, formerly known as Team Sky, are one of the most successful cycling teams of recent years.

Geraint Thomas, who won the Tour de France in 2018, currently rides for them, and former team members include Bradley Wiggins and Chris Froome.

An INEOS Grenadiers rider has won the Tour de France in seven of the last ten years.

James says he wasn’t sure he had the right qualifications to become one of the team’s chefs, and his career did start in a very different setting.

He started off as a chef in a country restaurant, before moving on to work in Michelin-starred restaurants in London.

Listen to the full episode to find out how he managed to make the move to one of the world’s leading sports teams, what it’s like working on the road for so much of the year, and why you “sometimes get an evil eye across the table” when dealing with riders with different roles within the team.

James also has some top tips for landing yourself a job just like his.

James Forsyth has been cooking for 15 years. Starting his working career as a butchers assistant and washing dishes at the local pub. He took up a commis position at a catering events company, working side by side with the head chef, here he learnt the fundamentals of cooking.

Moving on to a 1AA rosette restaurant with a small kitchen brigade, the mentoring continued from a highly experienced head chef for two years. Needing a greater challenge, he moved to London for 4 years to work at the 2* Michelin The Square and 1* Michelin Dinner by Heston Blumenthal.

It was at Dinner where he won the William Heptinstall award after being nominated by his peers. This took him to Sydney to gain experience working in the 3 Hats fusion kitchen of Rockpool.

After some time away from the stove exploring east Asia and Oceania he took up a role cooking for professional cyclists at Team Sky, now INEOS Grenadiers. Being in the role of senior chef for 7 years, it has come with much team success.

If you have a genuine passion for food, it's an incredibly rewarding industry to be part of. 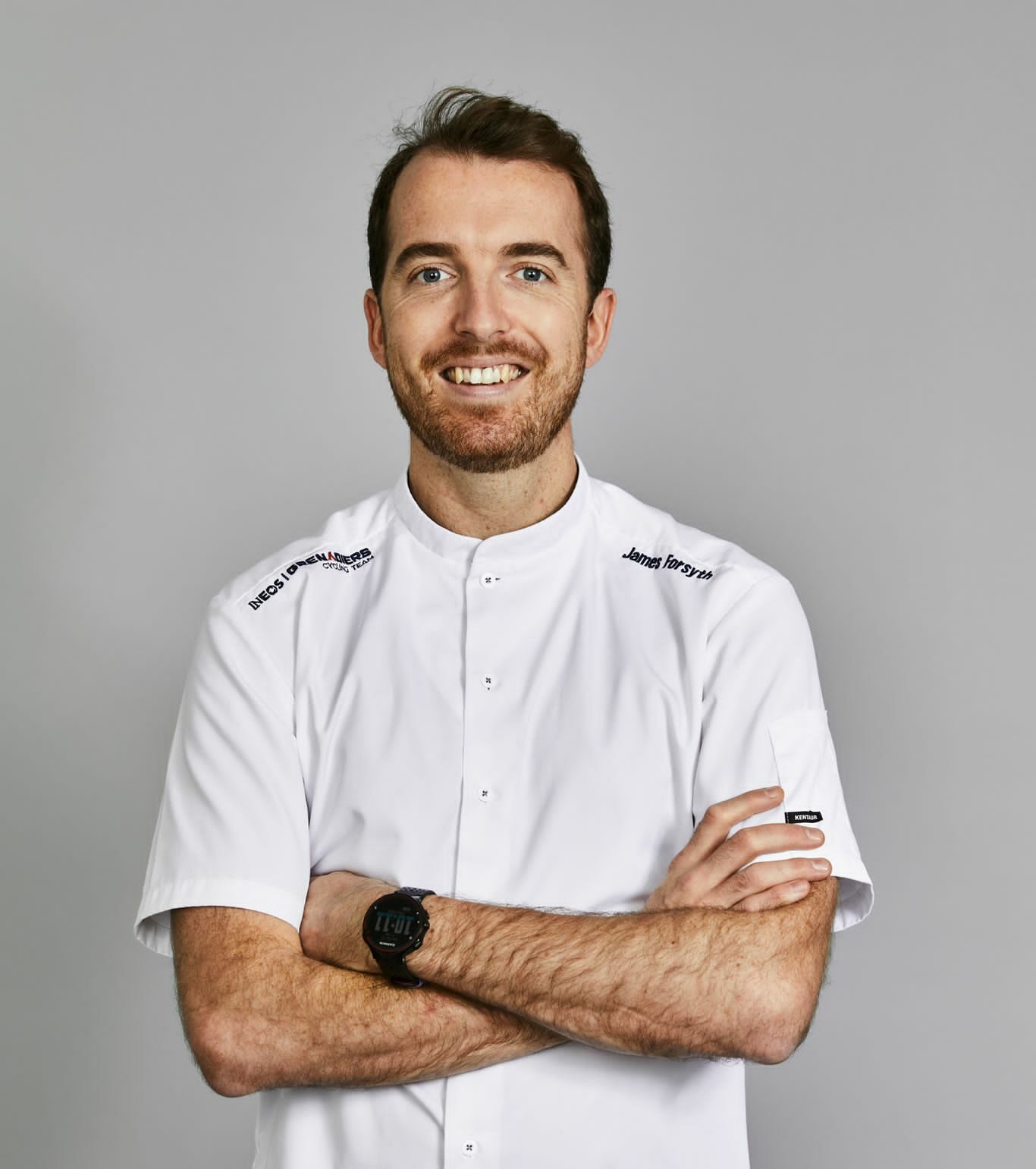