There is no doubt that the UK is a nation of curry lovers, curry addicts even, with many of our best, and biggest nights out happening in Indian restaurants.

They are a huge player in the UK food industry. Estimates vary, but one trade group suggests curry houses employ 100,000 people and have annual sales of £4.2 billion.  And that’s not even counting supermarket sales, recipe book sales, and so on.

The impact on our food culture is immense.

And the UK is not alone. In so many parts of the world, there’s a big curry culture. Whether you’re sitting under palm trees in Durban, or on a night out in Glasgow, you’re part of a global curry scene.

And with this global spread comes a fascinating history, bringing together centuries of trade, immigration, colonisation and culinary innovation.

But how do you define a curry? Why has this amalgamation of cuisines become so popular? And what does the future hold?

Listen to the full episode to find out why the British in particular have fallen in love with curry, how curry powder first emerged, and how curry has travelled around the world and influenced so many dishes.

Shrabani Basu is a journalist and Sunday Times best-selling author. Her books include the critically acclaimed The Mystery of the Parsee Lawyer: Arthur Conan Doyle, George Edalji and the Foreigner in the English Village, For King and Another Country: Indian Soldiers on the Western Front 1914-18, Victoria & Abdul: The True Story of the Queen’s Closest Confidant (now a major Oscar-nominated motion picture starring Dame Judi Dench and Ali Fazal) Spy Princess: The Life of Noor Inayat Khan, and Curry: The Story of the Nation’s Favourite Dish.

She is the founder and chair of the Noor Inayat Khan Memorial Trust which campaigned for a memorial for the World War II heroine in London. It was unveiled by Princess Anne in 2012. She is an ambassador for the RAF Museum in London.

Shrabani is a frequent commentator on radio and television on Indian history and Empire. She has featured on BBC Saturday Kitchen and appeared on Heston Blumenthal’s programme on Channel 4.

Lizzie Collingham is an independent historian who uses food as a way of linking the minutiae of daily life to the broad sweep of historical processes.

She is the author of Imperial Bodies: the physical experience of the Raj c.1800–1947, Curry: a tale of cooks and conquerors, The Taste of War: World War II and the battle for food, The Hungry Empire: how Britain’s quest for food shaped the modern world and The Biscuit: the history of a very British indulgence.

She is currently a Visiting Fellow at Jesus College, Cambridge.

Curry is a generic term used to describe all Indian food. In India we don't go out for a curry, in the UK everything is a curry, put it in a pot and give it a name. 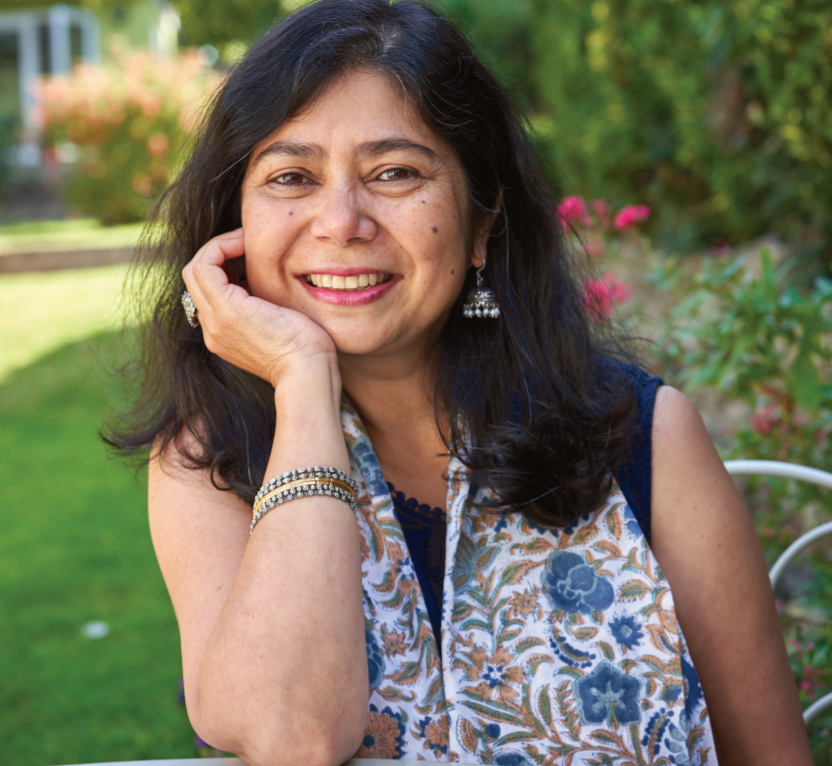 Curry powder is related to the Victorian process of reducing food to an industrial formula. That makes Indian food portable.