‘The humbling experience that led me to OLIO’

“It was a very humbling experience, with many learnings that I still treasure.” That’s how Alberto Lo Bue, Managing Director at the food waste app, OLIO, describes an attempt earlier in his career to launch his own start-up.

“It’s not enough to do something just because you want to do it,” he tells Elisa Roche in the latest episode of the Career Conversations podcast series. “You can do a much better job if you care deeply about the mission and the cause.”

Alberto’s career has seen him work for some of the biggest players in the tech sector.

He started life in southern Italy, but moved to the north of the country and eventually the UK to complete his studies.

After doing a degree in management and economics, his first job was working with a start-up incubator in Berlin. He describes his role as helping new companies solve their biggest issues.

Next up was Foodpanda, an online food and grocery delivery programme which is massive in Asia and many other parts of the world. “That was my ‘in’ into the food tech world,” he says.

After launching his own start-up, an app that found products in local independent stores, he landed a job at Deliveroo, helping to launch its B2B function, ‘Deliveroo for Work‘.

Alberto says of his experience at Deliveroo: “I was very very lucky and privileged to see it grow to hundreds-of-millions in revenue, and thousands of clients.”

But the move to OLIO was where he found his true home.

The app connects neighbours with each other and businesses with volunteers so that surplus food is given away instead of thrown away.

His says his role as Managing Director is massively varied, taking in sales, business development, account management, marketing and all sorts.

Listen to the full episode to find out what makes an ideal OLIO employee (they’re recruiting!), why he loves working for the company, and why he thinks the food industry in general is a fantastic place to have a career.

Alberto is the Managing Director of the food waste hero programme at OLIO, a free app tackling the problem of food waste by connecting neighbours with each other, and volunteers with local businesses, so that surplus food can be given away, not thrown away.

OLIO has grown to five million users in just over five years, and its impact has been widely recognised, most notably by the United Nations which highlighted OLIO as a “beacon” for the world, and by Vivatech who awarded OLIO “Next European Unicorn”.

Prior to OLIO, Alberto led Deliveroo for Work, the B2B arm of Deliveroo, and founded Papem, an online marketplace to find products in stock in local stores.

He also spent time at Foodpanda in its early days and Rocket Internet throughout its IPO.

He is from Sicily and loves local, seasonal food! He is on the advisory board of Slow Food in the UK.

Over the last few years, awareness about the climate crisis has really increased. 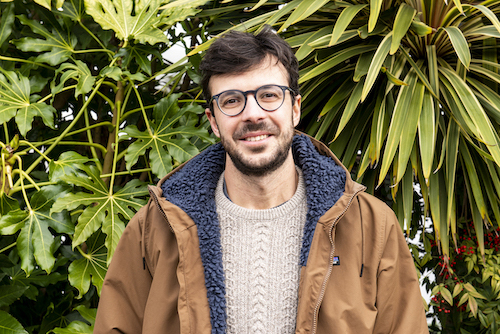 The ingredients for launching a successful coffee brand

How you could help fix the global food system

Meet the man dreaming of a world without industrial farming

Having a HECK of a time making sausages

Club Soda Founder: “When I see a problem, I want to fix it”