Meet the woman behind Montezuma’s chocolate

“You don’t have to do what everyone else does. Really, really think about what you love in life.”

That’s the advice from Helen Pattinson, co-founder of the hugely successful Montezuma’s chocolate brand, in this episode of the Career Conversations podcast series.

Helen started her working life as a lawyer, and enjoyed a successful career.

But she says, she “didn’t really know” what her passion was at the time.

Whilst still working as a lawyer, she met her future husband and the pair decided to pack it all in and go travelling.

It was whilst they were in Argentina that the idea of starting a chocolate brand first emerged.

Helen says they were staying in a small town which had a whole host of chocolate shops.

“They can sustain all of these chocolate shops in this tiny little town,” she says, “what have we got in the UK?”

The couple drew up a business plan, returned to the UK, and opened their first shop in Brighton in the south of England.

Listen to the full episode to find out about some of the setbacks they’ve had to overcome, how they managed to grow the business to the size it is today, and Helen reveals their biggest celebrity fan!

After studying maths and business at university, Helen took another two years out to study and to train as a lawyer, starting a training contract in London in 1994.

She focussed on corporate and commercial law, and became fascinated by the businesses she acted for and how they funded their growth but often felt she was on the wrong side of the table.

She met her husband, Simon, working in the same law firm and very quickly they decided that they couldn’t see themselves continuing with their legal careers for much longer.

They decided to leave their jobs and embarked on a life-changing trip to South America where they came up with the idea for Montezuma’s when they were trekking in Argentina in 1999 and discovers a tiny town filled with chocolate shops.

Helen was hooked and determined to bring the ideas back to the UK where the chocolate offering on the UK high streets was incredibly unexciting.

Almost a year to the day that they returned from South America, they opened the doors to the first Montezuma’s store in Brighton.

You don’t have to do what everyone else does. Really, really think about what you love in life. 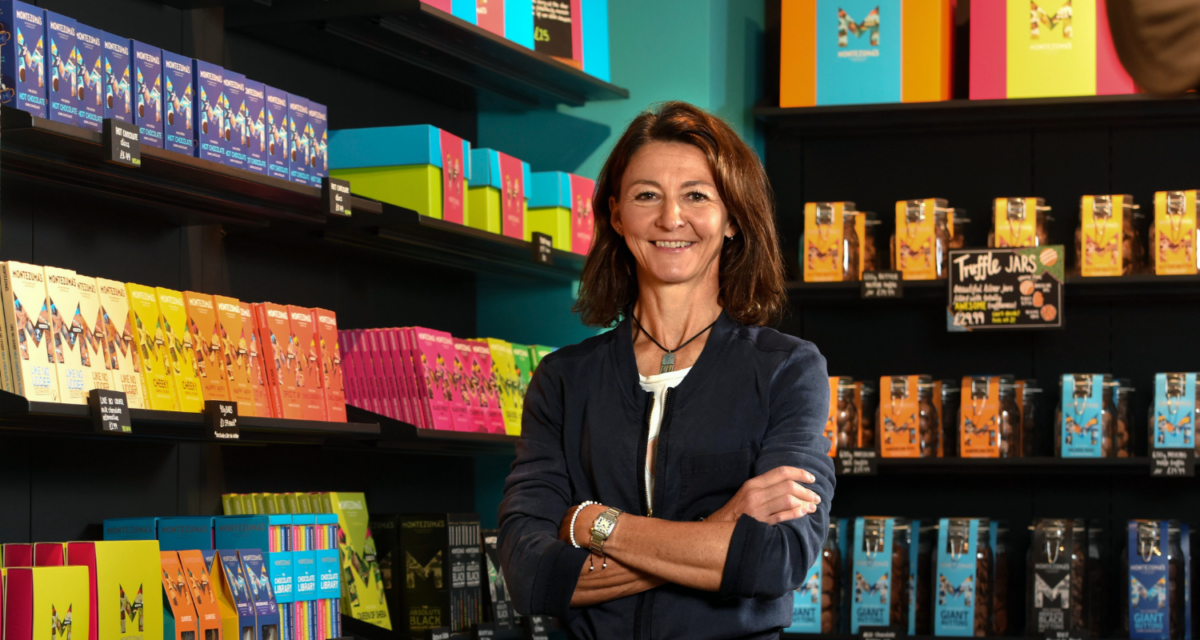