How ZOE is increasing our understanding of personal nutrition with Tim Spector, Jonathan Wolf and Dr. Sarah Berry

ZOE has been the source of some of the most groundbreaking research around personal nutrition and how the food we eat affects us individually. Formed three years ago when Tim Spector joined forces with Jonathan Wolf and George Hadjigeorgiou, ZOE was founded on the belief that new technologies could enable scientific research at an unprecedented scale, allowing us to understand individual responses in the real world.

ZOE has given us a greater understanding of our highly individual responses to nutrients and stimulus, thanks to their pioneering studies. In this Table Talk we look back to the discussions we’ve had with Tim Spector, Jonathan Wolf and PREDICT 2 research lead Dr. Sarah Berry, and highlight the insight they’ve uncovered about personal nutrition through their research.

Jonathan is a cofounder and CEO of ZOE, a nutritional science company on a mission to help people eat with confidence.

Previously he was Chief Product Officer for machine learning company Criteo, helping take the business in 7 years from start-up to NASDAQ IPO, 2,000 employees and over $1Bn revenue. Prior to this Jonathan worked at Yahoo, Atlas Venture and Boston Consulting Group.

Jonathan attended Oxford University where he received the Gibbs prize for Physics and was President of the Oxford Union, and was then at Harvard doing a non-degree program.

He has been a Foundation Fellow at Corpus Christi College Oxford since 2015.

Dr Sarah Berry’s research interests relate to the influence of dietary components on cardiometabolic disease risk; with particular focus on postprandial metabolism and vascular dysfunction. Since commencing her research career at King’s College London in 2000, she has been the academic leader for more than 30 human nutrition studies in cardio-metabolic health. Sarah’s ongoing research involves human and mechanistic studies to elucidate how markers of cardiometabolic health can be modulated following acute and chronic intakes of different fatty acids and interesterified fats, as well as studies to investigate the influence of cell wall integrity on macronutrient and micronutrient release from different plant-based foods. Sarah is also the lead nutritional scientist on the world’s largest ongoing programme of postprandial metabolic studies (the PREDICT studies), assessing the genetic, metabolic, metagenomic, and meal-dependent effects on postprandial metabolic responses.

Tim Spector, Professor of Genetic Epidemiology and Director of the TwinsUK Registry at Kings College, London, and Co-founder, ZOE

Tim Spector is a Professor of Genetic Epidemiology and Director of the TwinsUK Registry at Kings College, London and has recently been elected to the prestigious Fellowship of the Academy of Medical Sciences. He trained originally in rheumatology and epidemiology. In 1992 he moved into genetic epidemiology and founded the UK Twins Registry, of 13,000 twins, which is the richest collection of genotypic and phenotypic information worldwide. He is past President of the International Society of Twin Studies, directs the European Twin Registry Consortium (Discotwin) and collaborates with over 120 centres worldwide. He has demonstrated the genetic basis of a wide range of common complex traits, many previously thought to be mainly due to ageing and environment.

Through genetic association studies (GWAS), his group have found over 500 novel gene loci in over 50 disease areas. He has published over 800 research articles and is ranked as being in the top 1% of the world’s most cited scientists by Thomson-Reuters. He held a prestigious European Research Council senior investigator award in epigenetics and is a NIHR Senior Investigator. His current work focuses on omics and the microbiome and directs the crowdfunded British Gut microbiome project. Together with an international team of leading scientists including researchers from King’s College London, Massachusetts General Hospital, Tufts University, Stanford University and nutritional science company ZOE he is conducting the largest scientific nutrition research project, showing that individual responses to the same foods are unique, even between identical twins. You can find more on https://joinzoe.com/ He is a prolific writer with several popular science books and a regular blog, focusing on genetics, epigenetics and most recently microbiome and diet (The Diet Myth). He is in demand as a public speaker and features regularly in the media. 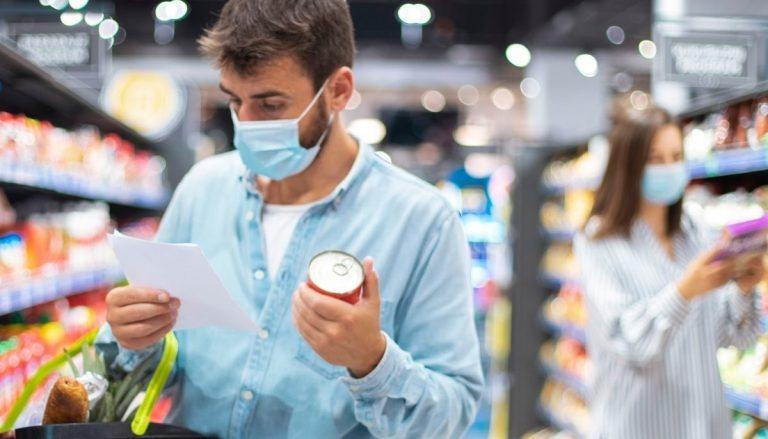 Is it time to ditch the idea of the ‘one size fits all’ diet?

Tim Spector: “Almost everything we’ve been told about nutrition is wrong”