Researchers at the University of Nottingham’s Food Innovation Centre have produced a new Fat Reduction Factsheet to advise food businesses on how to produce healthier goods with lower amounts of fat.

The factsheet recommends that saturated fats, which are usually found in animal-based and some vegetable-based foods, and trans-fats which are often found in processed foods, are the main fats that should be reduced or replaced.

Research fellow and advisor at the Food Innovation Centre, Dr Wentao (Kerry) Liu, created the new factsheet, using research from his own 2021 study ‘Fat Reduction in foods’, published in January this year.

Commenting on the research, Dr Liu said: “Fat reduction in food and drink is a very topical subject and we hope that the Food Innovation Centre’s latest factsheet will be useful to small and medium-sized businesses that are looking to cut the saturated fats in their products”.

The factsheet hopes to tackle the increase in global demand for healthier products. Its release coincides with the growing efforts being made by the U.K. Government to reduce the rate of obesity within the country.

Head of the Food Innovation Centre, Richard Worrall said: “Excessive fat intake causes public health issues, but we also know that there is an increased preference for healthy eating currently, with consumers demanding healthier food, so it makes good commercial sense for businesses to focus on this issue.”

Meat, fish, and bakery products were contributing the most to the fat intake in a US diet, according to the new research.

As a result of the growing demand for low-calorie products, North America was revealed to have the biggest market for fat replacers in the world.

The UK and Germany have the largest fat replacer market in Europe, with the British market being predicted to grow by 6.6% between 2020 and 2026, as stated in a research report from the Orion Market Research Private Ltd. One of the reasons why fat replacers are on the rise is because many governments, including the UK, are urging food producers to lower the fat content in their products in a bid to tackle the obesity epidemic.

According to the factsheet, the companies who are entering the fat replacement market the quickest in the UK are: Tate & Lyle, Kerry Group, Associated British food, Ashland Inc., Cargill, Inc. ADM, Pfizer Inc, Unilever, DSM Food specialities, Andeavor and Sensus.

Despite the growth in the fat replacement market, which indicates efforts being made by businesses to reduce fats, the factsheet highlights several existing issues with lowering fats in food and drink products:

– Using healthier alternatives to fats are often more expensive meaning an increase in the cost of the product.

– Food SMEs can only use fat replacers that are available and approved.

– Consumers may not be willing to make a shift to fat replacements.

To tackle these hurdles, Liu recommends food businesses try to create ingredients that can emulate some of the qualities that saturated and trans-fats tend to have, such as “texture/creaminess,” “heat transfer/frying,” and “palatability”.

The main commercial fat replacers on the market are carbohydrate-based, protein-based and fat-based.

Carbohydrate-based replacers, such as cellulose, gums, starches, and inulin, dominate the market and can be used as food thickeners. Protein-based microspheres, which evolve from egg white or microparticulated whey protein are less accessible and not as suitable for frying, or for consumers with allergies. They can however be applied to raw, refrigerated, and frozen foods, and occasionally baked items. Fat-based replacers can be used instead of triglycerides to reduce the number of calories which are common in vegetable oils. They are suitable for baked items, cheese, and sweets.

As well as highlighting the most-common fat-replacers currently available, the Factsheet also notes that a new Oleogel technology is being developed to imitate fat-like qualities in foods.

The Food Innovation Centre gives free advice and support to food and drinks SMEs based in Nottinghamshire or Derbyshire using their team of experts from both inside and outside the University of Nottingham. 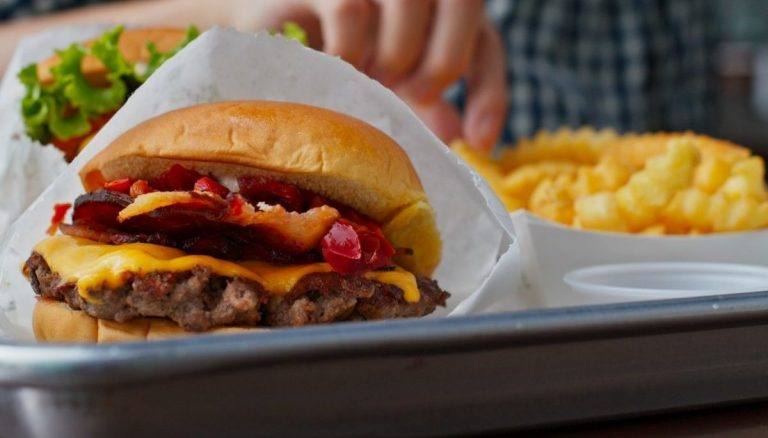 10% of the UK population will suffer from diabetes by 2030, charity warns

Are you meeting consumer expectations?

Why do we make poor food choices?

Stricter rules and better monitoring needed if WHO target of 30% global reduction in salt intake is to be reached, say researchers