Net zero: what is it and how can it be achieved?

There has been much talk about net zero in recent years but the term can be somewhat confusing. What is net zero and how can it be achieved?

Contrary to popular belief, Net Zero does not mean being completely free from all emissions. It means achieving a balance between the production of greenhouse gases against the amount of carbon emissions removed from the atmosphere.

Removing all emissions and their production, called gross zero, would be impossible to achieve at this stage, given the world’s reliance on certain sectors, such as transport, manufacturing and agriculture. Thus, rather than striving for the currently unattainable gross zero targets, globally, countries are aiming to at least offset the balance between production of CO2 and its removal.

In 2019 the UK Government agreed to net zero target plans to reduce 100% of greenhouse gases by 2050, compared to the GHG of 1990. The original target was set at 80%, but following the advice of the Committee on Climate Change, the figure was subsequently upped to 100%.

Furthermore, the Paris Agreement 2016 stipulated that the increase of global warming temperature must be kept under 2 degrees, with the ideal maximum temperature being 1.5.

in 2020 the UK Government published the ‘Ten Point Plan for a Green Industrial Revolution’.

The 10 points outlined are:

The Committee of Climate Change (CCC) has set out a number of recommendations in order to achieve net zero targets by 2050. These include:

The CCC has also stressed the importance of keeping track and reporting changes in greenhouse gases. The 2021 Progress in Reducing Emissions report to Parliament states: ‘The end goal of domestic emissions reduction policy is to reduce UK greenhouse
gas emissions to Net Zero by 2050. Reporting changes in annual greenhouse gas
(GHG) emissions and setting targets to reduce those emissions is a fundamental element of monitoring the UK’s progress on tackling climate change. Tracking underlying progress is therefore crucial to understanding what is driving current and future trends in UK emissions, and for identifying areas where the UK is performing well or falling behind.’

Whilst the UK has set out to reduce its carbon emissions and achieve net zero by 2050, the Food and Drink Federation has brought the net zero target forward by 10 years for the food industry. The sector is striving to achieve this by 2040.

In a document the FDF states: ‘To avoid the worst effects of climate change, the world needs to limit global temperature rise to 1.5°C and achieve net zero emissions by mid-century. The food and drink industry has a huge role to play, since food systems contribute around one quarter of global greenhouse gas emissions.
In the UK, the food and drink industry is a vital part of the nation’s £120 billion ‘farm to fork’ food chain. It is also the UK’s largest manufacturing sector, contributing £29 billion to the economy annually and employing over 440,000 people.’

In a recent Table Talk podcast, Emma Piercy, Head of Climate Change and Energy Policy at the FDF said of the pledge: “The first thing is about showing ambition and about showing that motivation, that commitment to making changes.

“We can all talk about targets in the future, but what really matters now and in the short term is creating action. So by having a 2040 target – or ambition – it’s actually about building that momentum and that need for action now to get us to that pathway.”

Also part of the Table Talk panel was Matt Loose, Chief Executive and Founder, Canopy Consulting, who pointed out that whilst 2040 seems an ambitious target, the food and beverage sector is already working towards offsetting its carbon footprint.
“We are already seeing a shift in what people eat and the growing opportunities around plant-based diets, which I think are very exciting for food manufacturers.“, said Matt.

“There are some reasons to believe change can and will happen quickly. At the same time we need to acknowledge some really substantial challenges ahead. What we are observing with clients is a willingness to set these longer terms ambitions and acceptance, and indeed encouragement for those ambitions from investors, employers and customers.”

Whilst the recent COP26 in Glasgow was heavily criticised for not putting food and animal agriculture on the agenda, several food companies have already pledges and have started to make a shift towards net zero.

In its document the Food and Drink Federation points out that many food businesses are already working to achieve their green goals. ‘Many food and drinks companies, such as Danone, Innocent, McCain, Nestlé and Tate & Lyle now have Net Zero targets. All major UK supermarkets aim to achieve Net Zero by 2040 at the latest.’

A recent report by the Food Foundation, Plating Up Progress, noted that some food businesses are already making progress in tackling their impact on the environment, but more effort needs to be made. 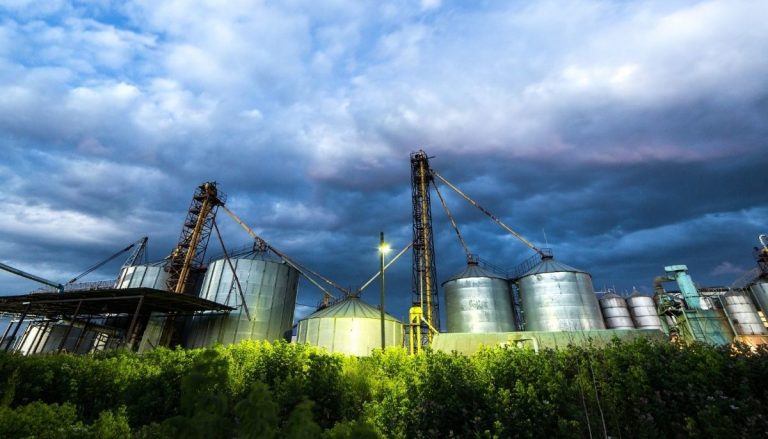 The road to net zero: how can the food industry reach it?