The EU Commission’s new soil strategy, which aims to have all soil ecosystems restored and protected by 2050, was presented today in Brussels.

Executive Vice-President Frans Timmermans and Commissioner Virginijus Sinkevičius led the press conference, explaining how the new strategy aims to give soil the same level of protection as is currently granted to water, air and sea.

This same amount of protection will be given to soil through granting a new proposal for a Soil Health Law by 2023, which will be created following an impact assessment and discussions with the Member States and stakeholders. This law will accompany the Nature Restoration Law, a series of legally binding targets to restore degraded ecosystems, which is expected to be proposed later this year.

By 2023, the commission also hopes to have a legislative framework to allow a sustainable food system in the EU.

The new Soil Strategy aims to help the EU deliver on its promises from the European Green Deal and EU Biodiversity Strategy for 2030 to deal with climate change and the threat to biodiversity.

It wants to increase the level of soil carbon on agricultural land, tackle desertification which is intensifying globally, and reach its deadline of 2050 with all deteriorating land and soil being restored.

The Commission highlights that 95% of the food we eat relies on the existence of healthy soils. It is also home to over 25% of biodiversity worldwide, as well as being the biggest terrestrial carbon pool on Earth, soaking up water to reduce flooding, heat waves and drought risks.

“70% of soil is not in a good shape, getting soil healthy is vital,” said Timmermans at the conference today. “Beyond carbon neutrality, your environment has to be in a healthy shape,” he added.

The EU Soil Strategy highlights that soil degradation currently costs the EU €38 billion a year in loss of ecosystem services, and costs around €1.25 billion a year for European farmers.

According to the new Soil Strategy, which is now available to the public, “healthy soil” has a positive chemical, biological and physical state, which allows it to carry out a range of ecosystem services which include food production.

Some of the key actions stated in the Soil Strategy include:

– The promotion of sustainable soil management through their Common Agricultural Policy

– Encouraging reusing old land, and try to avoid the use of new land

– Prioritise the creation of more research, data and monitoring on soil

Sinkevičius added: “Our ambition to make all soils healthy by 2050 is essential to fight climate change, ensure our forests are healthy, our water clean and our land rich, fertile and
resilient. We are taking decisive action to protect and nurture this non-recoverable natural resource, which we cannot afford to lose.”

The EU also recently launched the Horizon Europe Mission ‘A Soil Deal for Europe’ last month, which involves the creation of 100 living labs and lighthouses which will help the agriculture sector follow a fair transitioning to managing their soil sustainably. 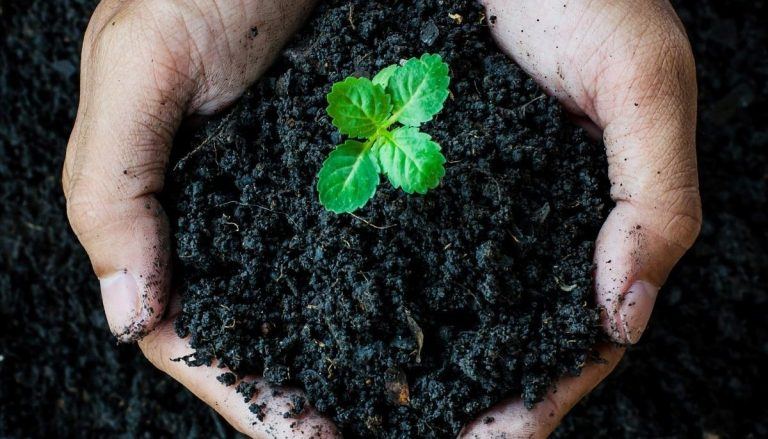 How can we reverse the damage we’ve done to our soil?

Why we need to talk about soil degradation